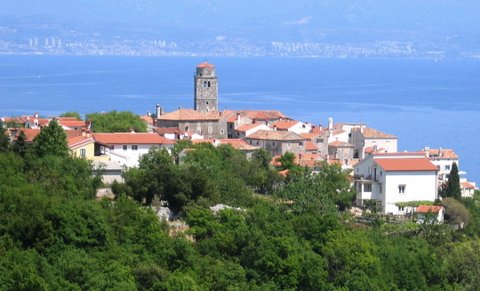 Until today the medieval soul was preserved in the old town and its narrow alleys and passageways. Most of the townhouses were built in the 17th century, while the city wall, the fortress and the bell tower are from the early medieval period.
The Castello with the historical town centre is even older – the actual settlement started its development right here. The houses are a typical example of the coastal architecture and on some houses are still today the inscriptions in Glagolithic script. Brseč, as many other places, has its own olive mill from the 17th century; that was the time when Josip Marović, the parish priest, erected the Mašunerija house, a beautiful residential building with many rooms, workshops and a lodge. He also renewed the parish church. The old market was the first building erected around the city fountain, which was later developed into the city centre – this includes the school of Brseč built in 1868.

The small church of Sv. Magdalena is not one of the better known, however, the view from the steep rock on which it was built, is stunning.

In the town loggia, at the gate to the town, stands the bust of the famous Croatian writer and politician Eugen Kumičić. In Brseč still stands his birthplace, today a library, and the truly impressive gallery Eugen K where eminent Croatian and international artists exhibit their works.

The sculptor Ljubo de Karina lives 2 km from Brseč, in the small village Zagore, therefore a visit to this open-air gallery is more than recommended. His sculptures can be seen in public buildings in Croatia, Germany, Italy, Slovenia and Japan.

Visitors can easily find accommodation occasions in private rooms and apartments in Brseč and its surrounding. 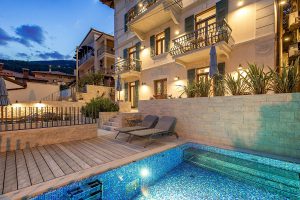 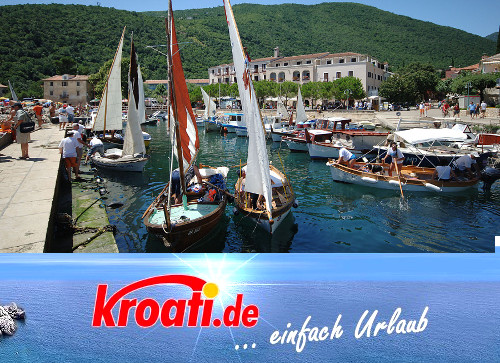 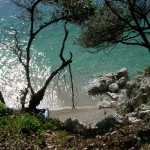 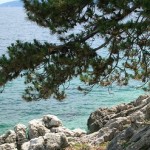 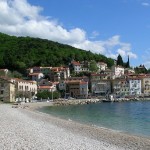 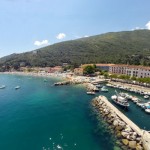 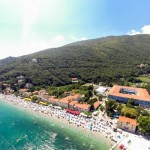 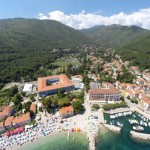 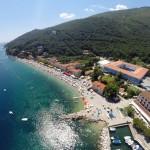 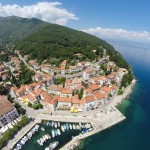